The Hebrew Scroll of Samuel came from the group of Scrolls that were written in Lithuania before the 20th century and were damaged in the Holocaust. They were moved to Israel after 1948.

This Scroll of Samuel contains both books called First Samuel and Second Samuel. It is written in the customary way the ancient Scrolls were written in that both books are on one Scroll and thee is no break in the books indicating where one book ends and the second book begins. Second Samuel begins on sheet 8 column 4 near the top of the page. There are no markers indicating this position.

The Scroll of Samuel is open to the place where First and Second Samuel meet.

David found something in his youth that became his shield. 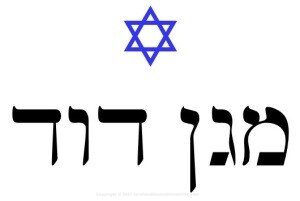 The “Star of David”, what is it’s origin?

The origin of the Star of David is found in the Hebrew Scriptures first in 2 Samuel 22:31. In the old English King James language of the 1600s, it would be the word “buckler”. This is the exact same Hebrew word used in verse 36 where it is translated “shield”. The word is pronounced “magen”. You will hear the word in the Jewish community said thus: Magen David, or the Shield of David”. Throughout David’s writings, as lead by the Spirit of God, he made many references to his protection as the “shield of God”.

The following photo is from the Scroll of Samuel which was written in Poland in the early 1900s. The Scroll moved to America before the Holocaust and now resides in The Scriptorium in Houston, Texas. The “yad” pointer is showing the word magen, “shield” in 2 Samuel 22:36. “Thou hast given me the shield of thy salvation: and thy gentleness hath made me great”.

It is so fitting that the word after magen (shield) is the name of the one who is a shield to everyone who will come to Him for salvation. His name is “Salvation”; Yeshua in Hebrew, Jesus in English.

It is well recognized that the crocus flower is the emblem of David in ancient Israel. 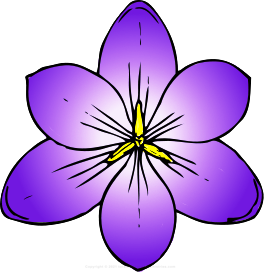 This ancient altar discovered in Israel has the crocus flower carved many places in the stone. 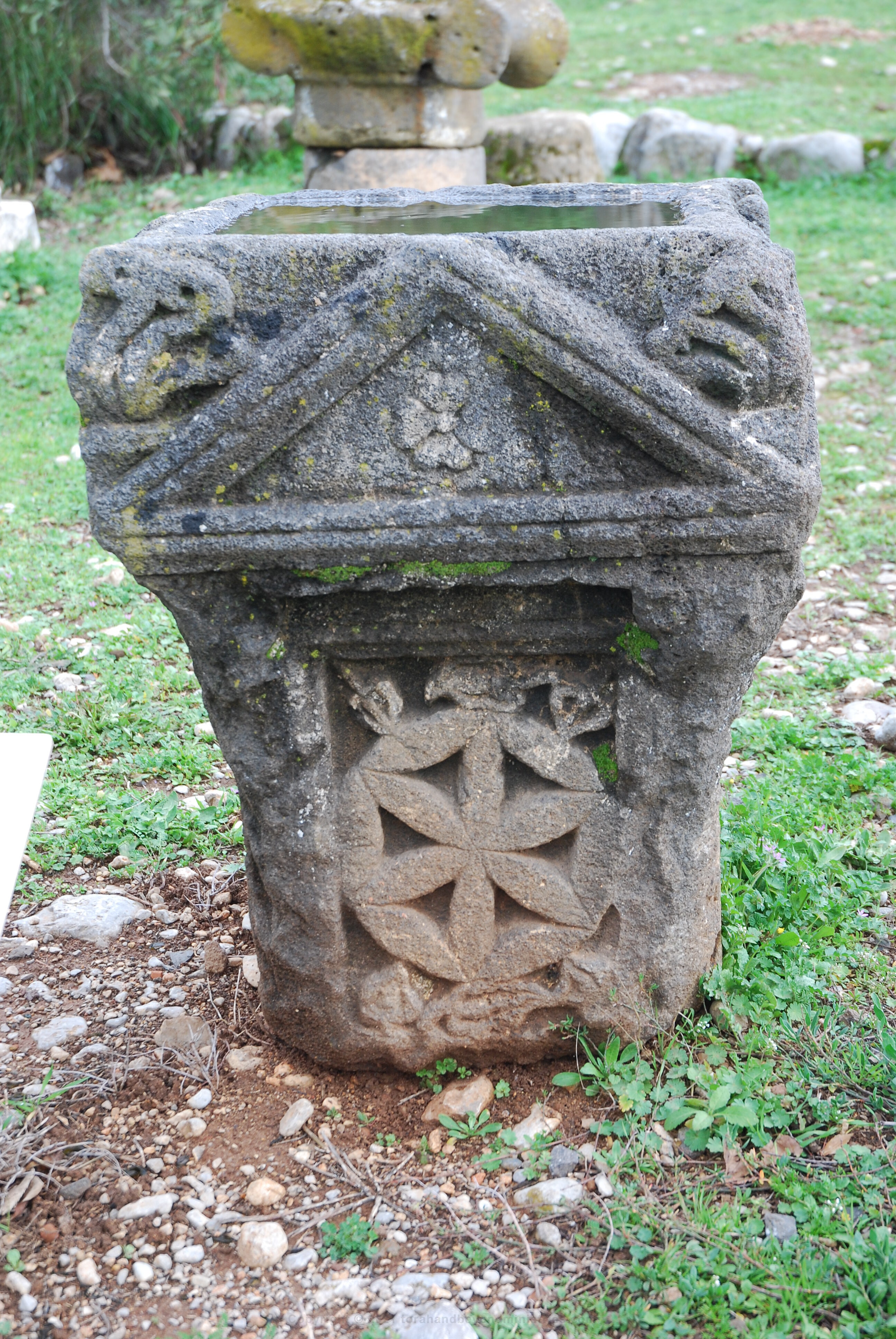 Thousands of olive oil lamps were found at the Pool of Silwan (Pool of Siloam) in 2004. This pool is located at the southwest corner of the old City of David. The following photo is one of the lamps and on the bottom of the lamp is embossed the crocus flower, shield of David.

Countless times in the last 1,000 years the crocus flower and the star are shown together in Jewish carvings and drawings. The following photo is from an ancient doorpost from a synagogue. The origin of the synagogue is not certain at this time but the scrolls enclosed in the base of the posts indicate great age. Notice the crocus flower carved many times with the star. 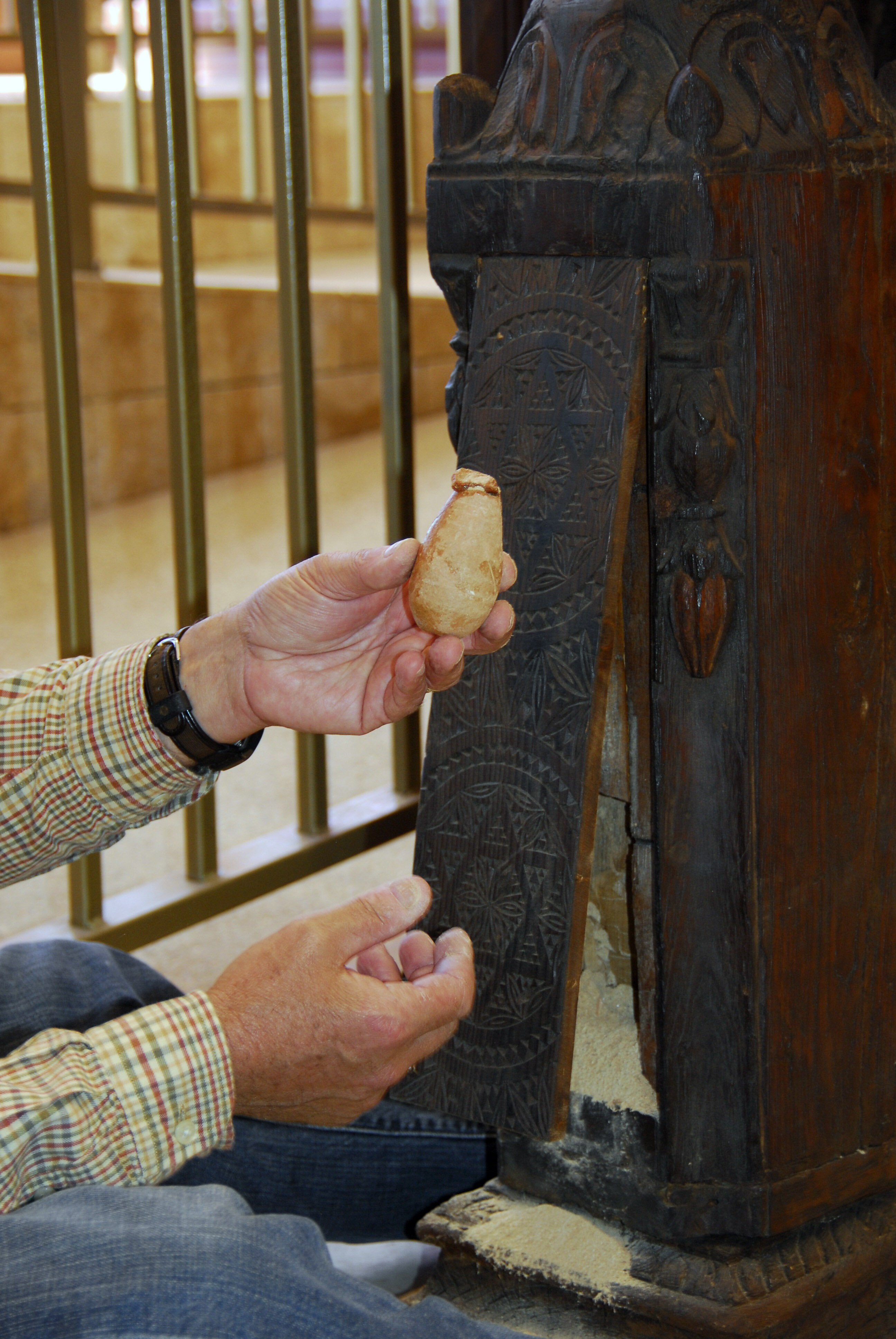 The Star of David, which is properly called the Magen David, the shield of David as mentioned in 2 Samuel 22:36, Psalms 3:3 and many other places originated with the crocus flower. Perhaps David saw the beauty and gentleness of this flower on the hills of Israel when he was a shepherd boy and took it’s form as his emblem. This emblem has evolved throughout time to the star shape most commonly seen in the western world.

“Thou hast given me the shield of thy salvation: and thy gentleness hath made me great.”