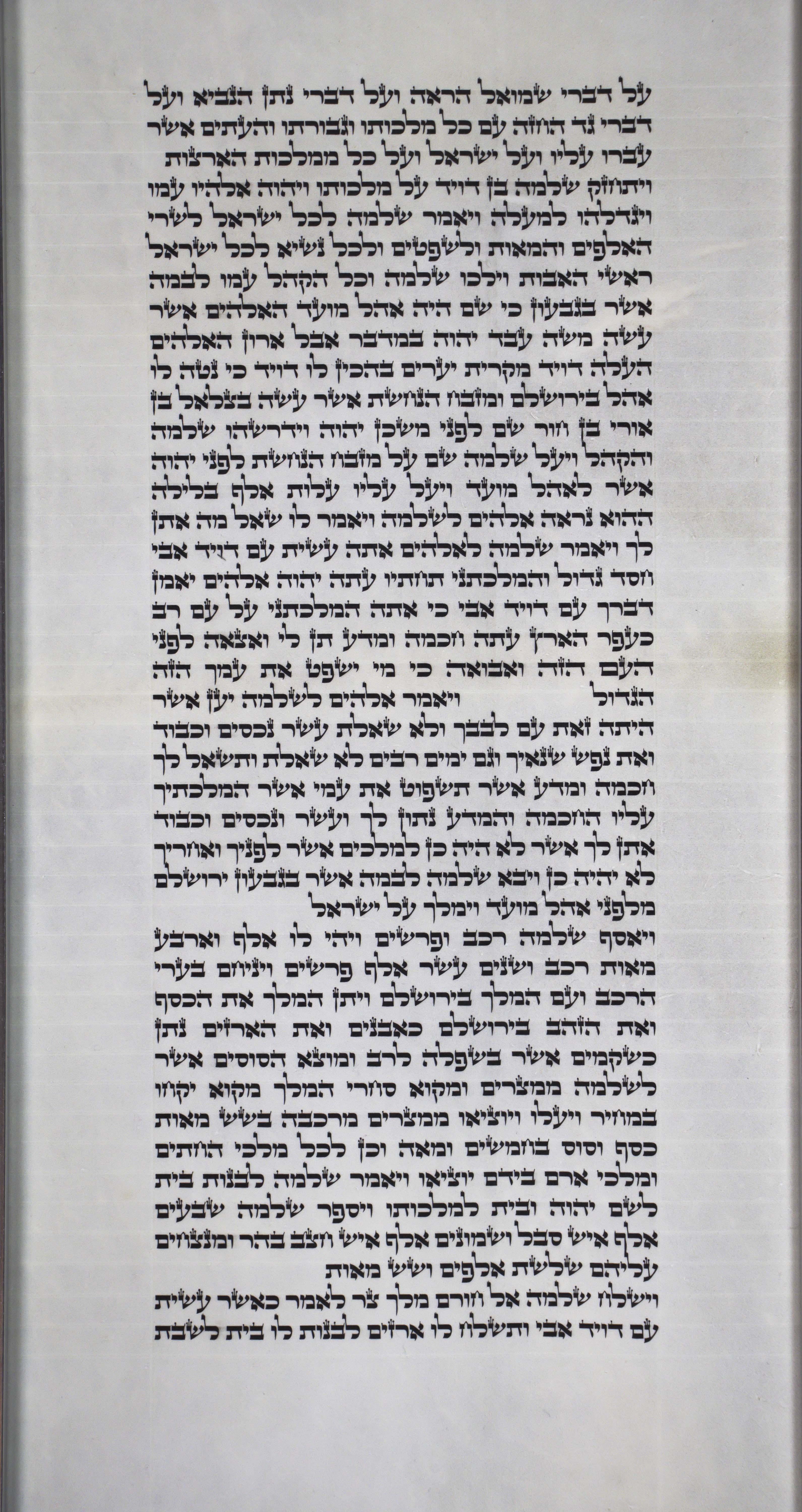 Second Chronicles Chapter 1
1And Solomon the son of David was strengthened in his kingdom, and the LORD his God was with him, and magnified him exceedingly. 2Then Solomon spake unto all Israel, to the captains of thousands and of hundreds, and to the judges, and to every governor in all Israel, the chief of the fathers. 3So Solomon, and all the congregation with him, went to the high place that was at Gibeon; for there was the tabernacle of the congregation of God, which Moses the servant of the LORD had made in the wilderness. 4But the ark of God had David brought up from Kirjathjearim to the place which David had prepared for it: for he had pitched a tent for it at Jerusalem. 5Moreover the brasen altar, that Bezaleel the son of Uri, the son of Hur, had made, he put before the tabernacle of the LORD: and Solomon and the congregation sought unto it. 6And Solomon went up thither to the brasen altar before the LORD, which was at the tabernacle of the congregation, and offered a thousand burnt offerings upon it. 7In that night did God appear unto Solomon, and said unto him, Ask what I shall give thee. 8And Solomon said unto God, Thou hast shewed great mercy unto David my father, and hast made me to reign in his stead. 9Now, O LORD God, let thy promise unto David my father be established: for thou hast made me king over a people like the dust of the earth in multitude. 10Give me now wisdom and knowledge, that I may go out and come in before this people: for who can judge this thy people, that is so great? 11And God said to Solomon, Because this was in thine heart, and thou hast not asked riches, wealth, or honour, nor the life of thine enemies, neither yet hast asked long life; but hast asked wisdom and knowledge for thyself, that thou mayest judge my people, over whom I have made thee king: 12Wisdom and knowledge is granted unto thee; and I will give thee riches, and wealth, and honour, such as none of the kings have had that have been before thee, neither shall there any after thee have the like.
13Then Solomon came from his journey to the high place that was at Gibeon to Jerusalem, from before the tabernacle of the congregation, and reigned over Israel. 14And Solomon gathered chariots and horsemen: and he had a thousand and four hundred chariots, and twelve thousand horsemen, which he placed in the chariot cities, and with the king at Jerusalem. 15And the king made silver and gold at Jerusalem as plenteous as stones, and cedar trees made he as the sycomore trees that are in the vale for abundance. 16And Solomon had horses brought out of Egypt, and linen yarn: the king’s merchants received the linen yarn at a price. 17And they fetched up, and brought forth out of Egypt a chariot for six hundred shekels of silver, and an horse for an hundred and fifty: and so brought they out horses for all the kings of the Hittites, and for the kings of Syria, by their means.
Chapter 2
1And Solomon determined to build an house for the name of the LORD, and an house for his kingdom. 2And Solomon told out threescore and ten thousand men to bear burdens, and fourscore thousand to hew in the mountain, and three thousand and six hundred to oversee them. 3And Solomon sent to Huram the king of Tyre, saying, As thou didst deal with David my father, and didst send him cedars to build him an house to dwell therein, even so deal with me.